Today my first “official” Super8 projector (a Sankyo Sound-600) came in the mail (actually the FedEx truck).  This is (of course) another eBay find, which was not without issue given that almost every Super8 projector on eBay has its price hiked up to a stupid price point.  I managed to get this one at a very reasonable price, probably due to its description:

“Only comes with one spool. I do not own any film so I haven’t extensively tested this projector however, it powers on, you can hear it spinning and you can see the light come on (as shown). Appears to be working.”

Again, given the price I decided to take the risk and hold my breath for it to matriculate through the shipping process…

And today it arrived…boxed in what may very well be the best packing I’ve seen from an eBay purchase.  The projector came in its original box (a bonus) which was wrapped in plastic and then placed inside a bigger box filled with peanuts.  This thing was packed well.

When I opened the box there was my “new” projector all nice and in its original Styrofoam packing.  The original take up reel was there and so was the original microphone(!).  At this point my anticipation was pretty high, and of course you know where this is headed.

I pulled it out of the box, and plugged it in and sure enough the motor and light came on, just like the eBay description said…but none of the mechanism were turning.  At this point I unplugged it and pulled the back off and it was at that point that I was presented with what appears to be the remnants of a belt in what can only be described as an advanced state of decay.

I mean yucky what the heck is that decay.  If it rubber maggots existed this is what they would look like.  The “good” news is the top belt appears to be very sound, the bad news is most of the replacement belts on eBay came in a set and ran around $27, which is actually more than I paid (minus the shipping, which as noted above was well worth it).  I did find one for $7 so I’ve already purchased that and its on its way.  When it comes in I’ll post an update with what I hope is a working Super8 sound projector.  Until then here’s a video of the inside of it “not” working right now. 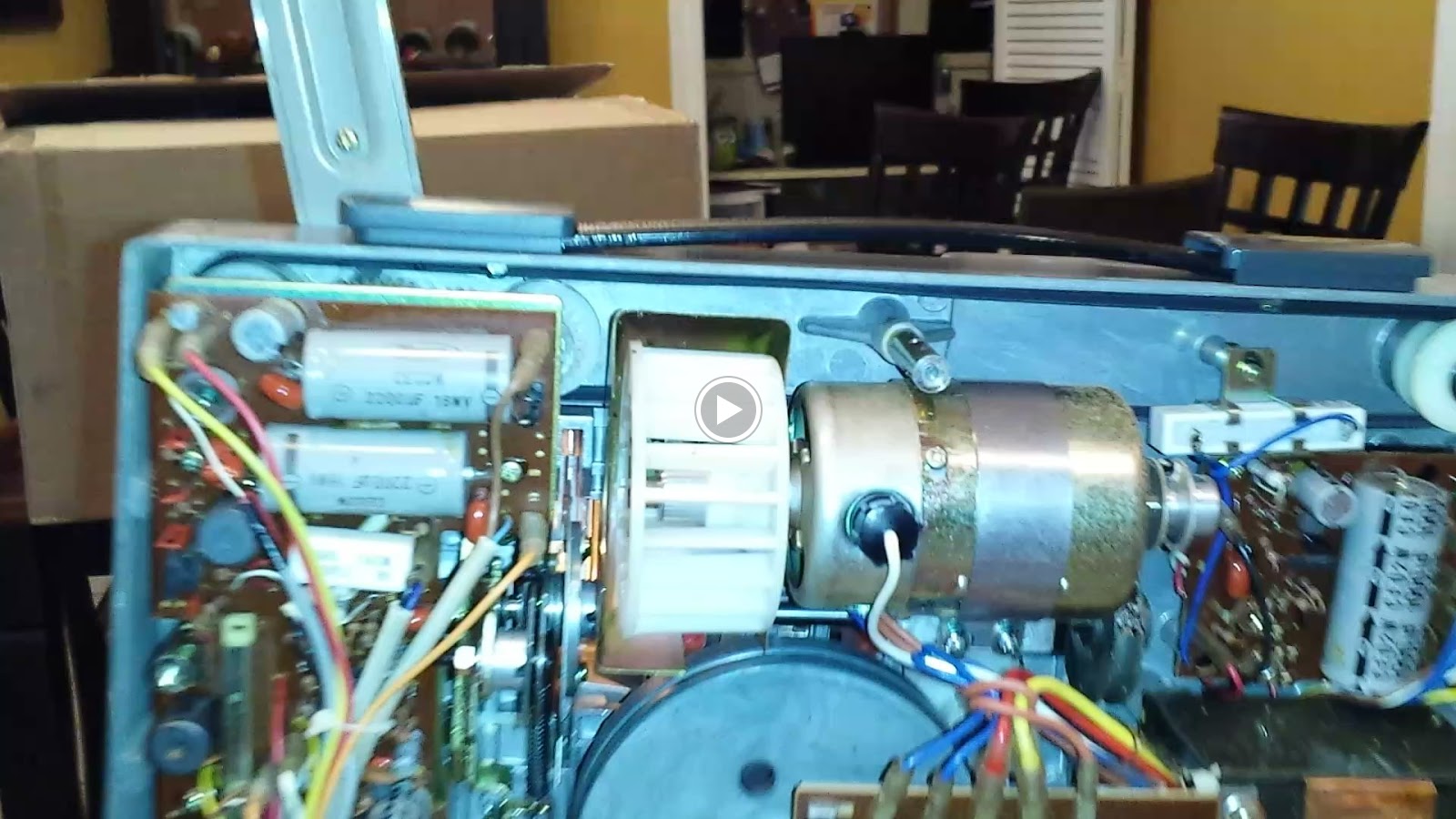 I’ll do a proper post of this guy if it works out, but until then here’s the specs on it from the Super8 Database site: